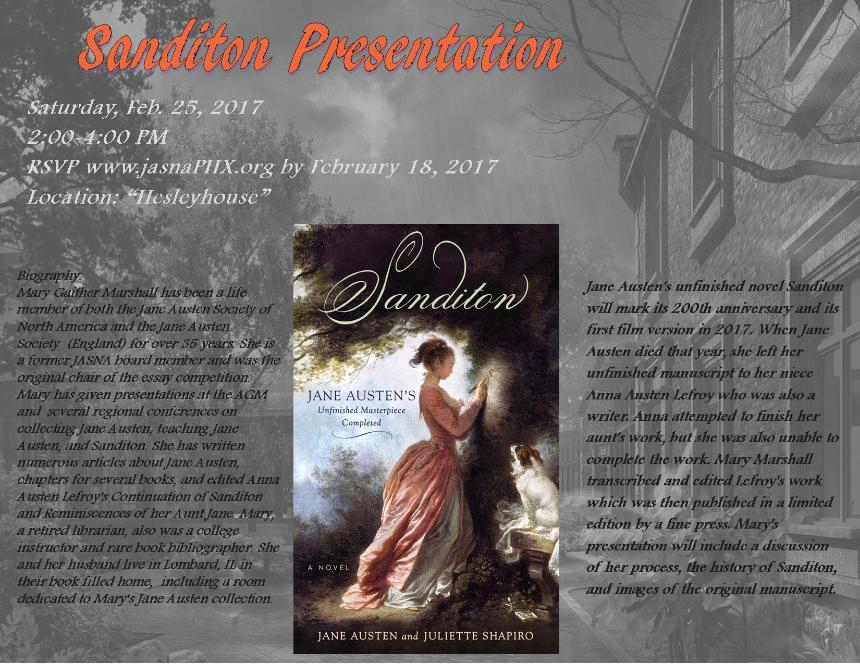 Jane Austen’s unfinished novel Sanditon marked its 200th anniversary of publication and was set for its first film version (now stalled) in 2017. When Austen died in 1817, she left the unfinished manuscript to her niece Anna Austen Lefroy, also a writer. Anna’s attempt to finish the work was unsuccessful, and Mary Gaither Marshall has taken Lefroy’s manuscripts and edited a continuation. She shared with 32 from our Region at the home of Joe and Peg Hesley on February 25, 2017. 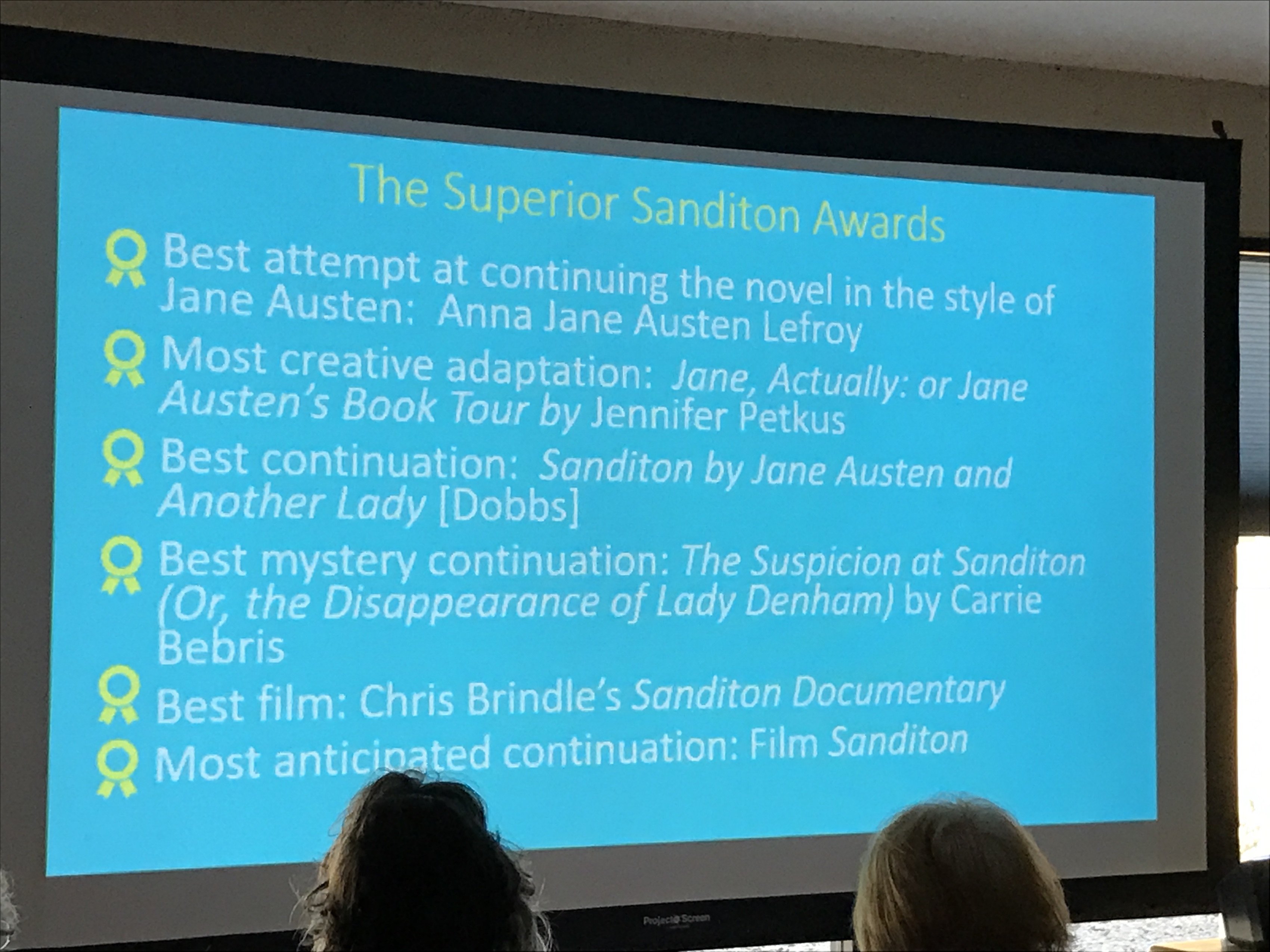