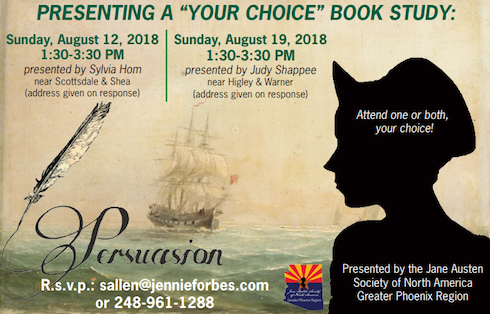 Click on the flyer for a larger image in a new tab.

On Sunday, August 12, 2018, the first of two small book studies on Persuasion met at the home of Sherry Moore to discuss the book during its bicentenary year of publication. Sylvia Hom presented background, then led the group in a lively discussion.

“Men have had every advantage of us in telling their own story,  Education has been theirs in so much a higher degree; the pen has been in their hands. I will not allow books to prove anything.” – Anne Elliot, Persuasion

The irony of this quote does not escape me. After all, Jane is in control now as the author of the book from which the quote comes. It is from a conversation between Anne and Captain Harville about the supposed inconstancy of women in love.  He puts forth that “I do not think I ever opened a book in my life which had not something to say upon women’s inconstancy. Songs and proverbs, all talk of woman’s fickleness. But perhaps you will say these were all written by men.”

As Anne says, men have been allowed to revel in their own biases and those biases have been so popular because only men have been writers. Now Jane Austen gets to add to literature and have her say! The great thing about this conversation is that it is a turning point in Anne’s and Captain Wentworth’s relationship. By insisting that a woman is likely constant in her affections, Anne reveals the constancy of her own love for Captain Wentworth. Overhearing this conversation while writing his letter to her gives Wentworth hope that their union can be renewed. 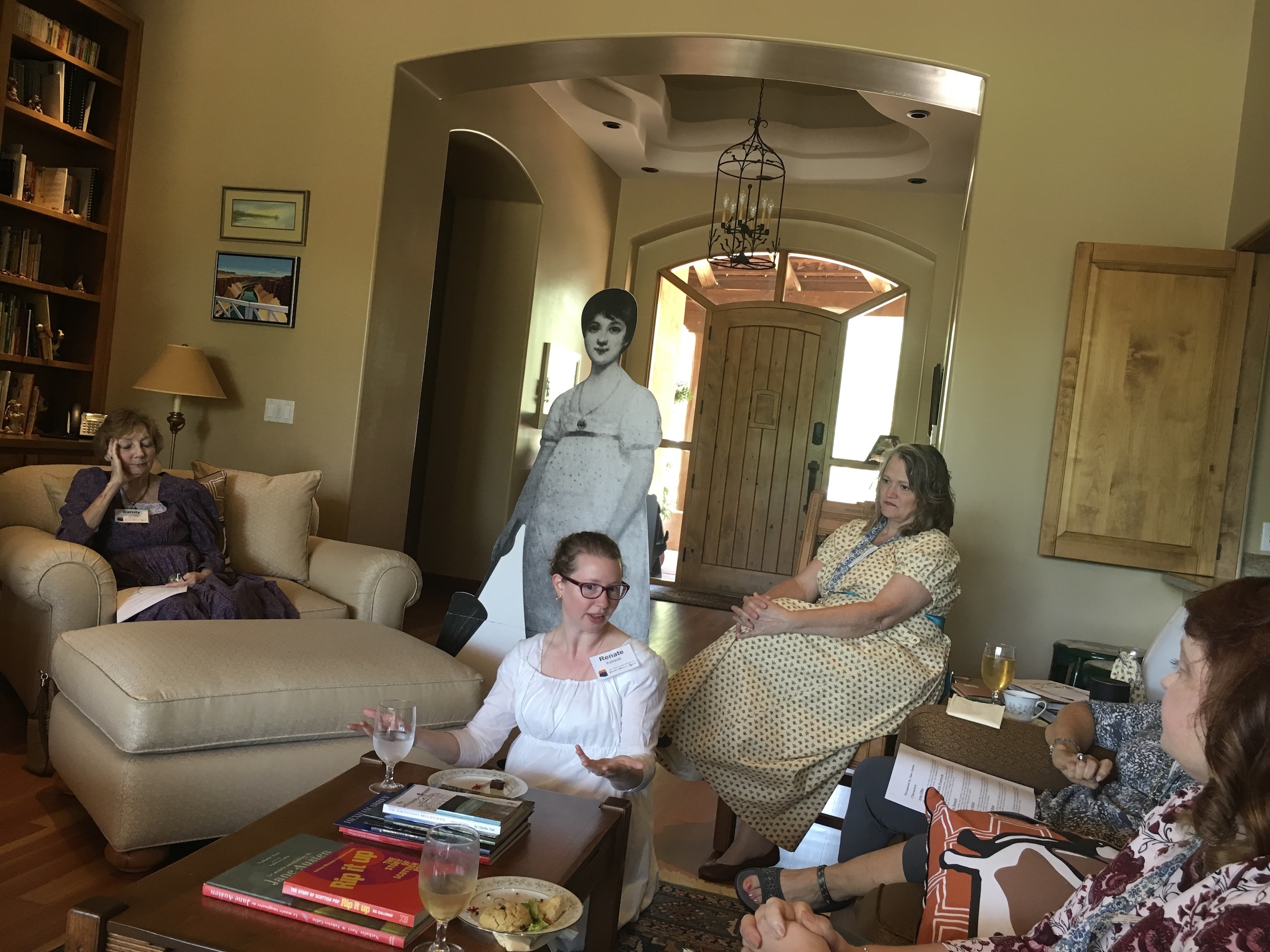 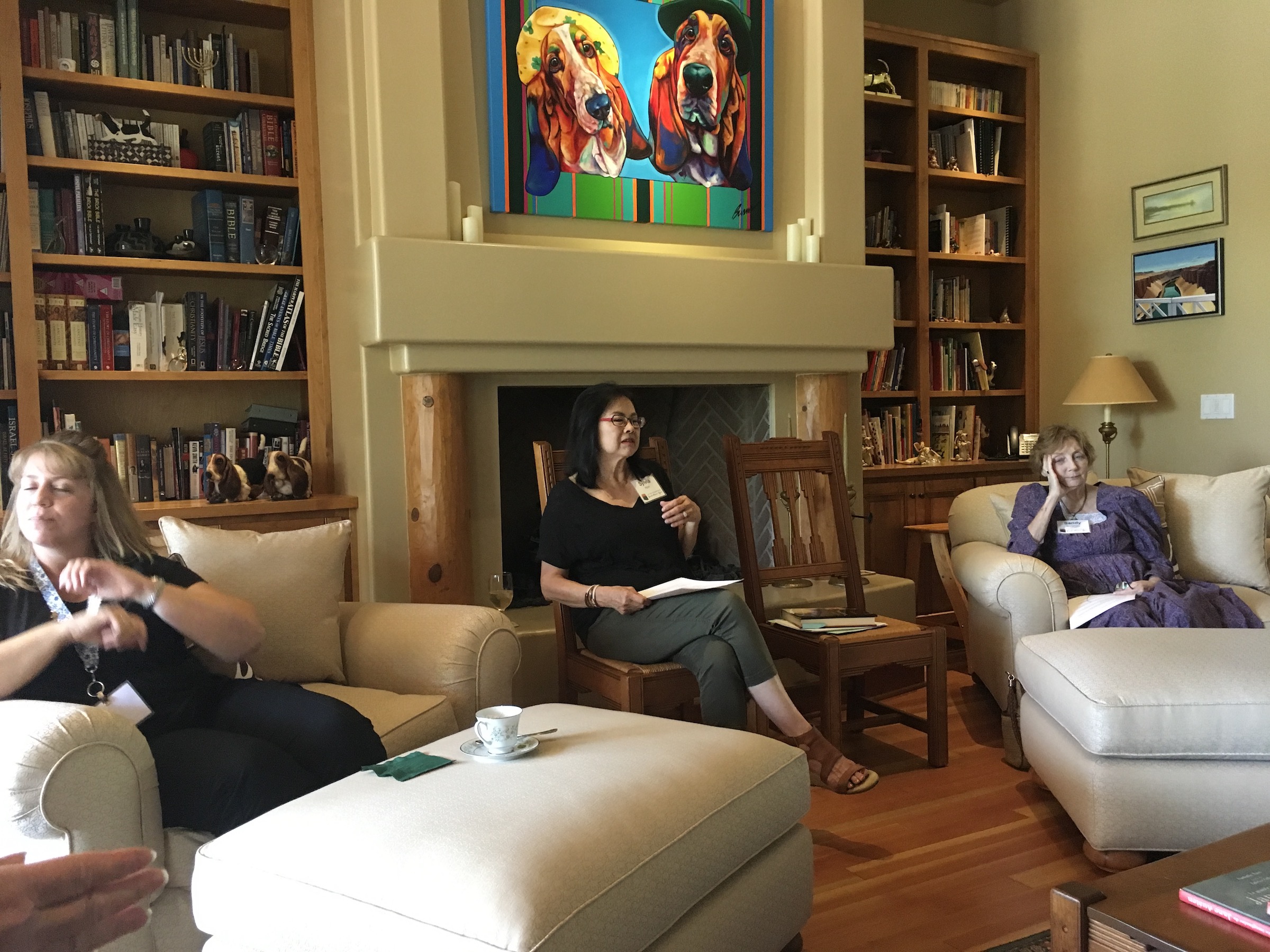 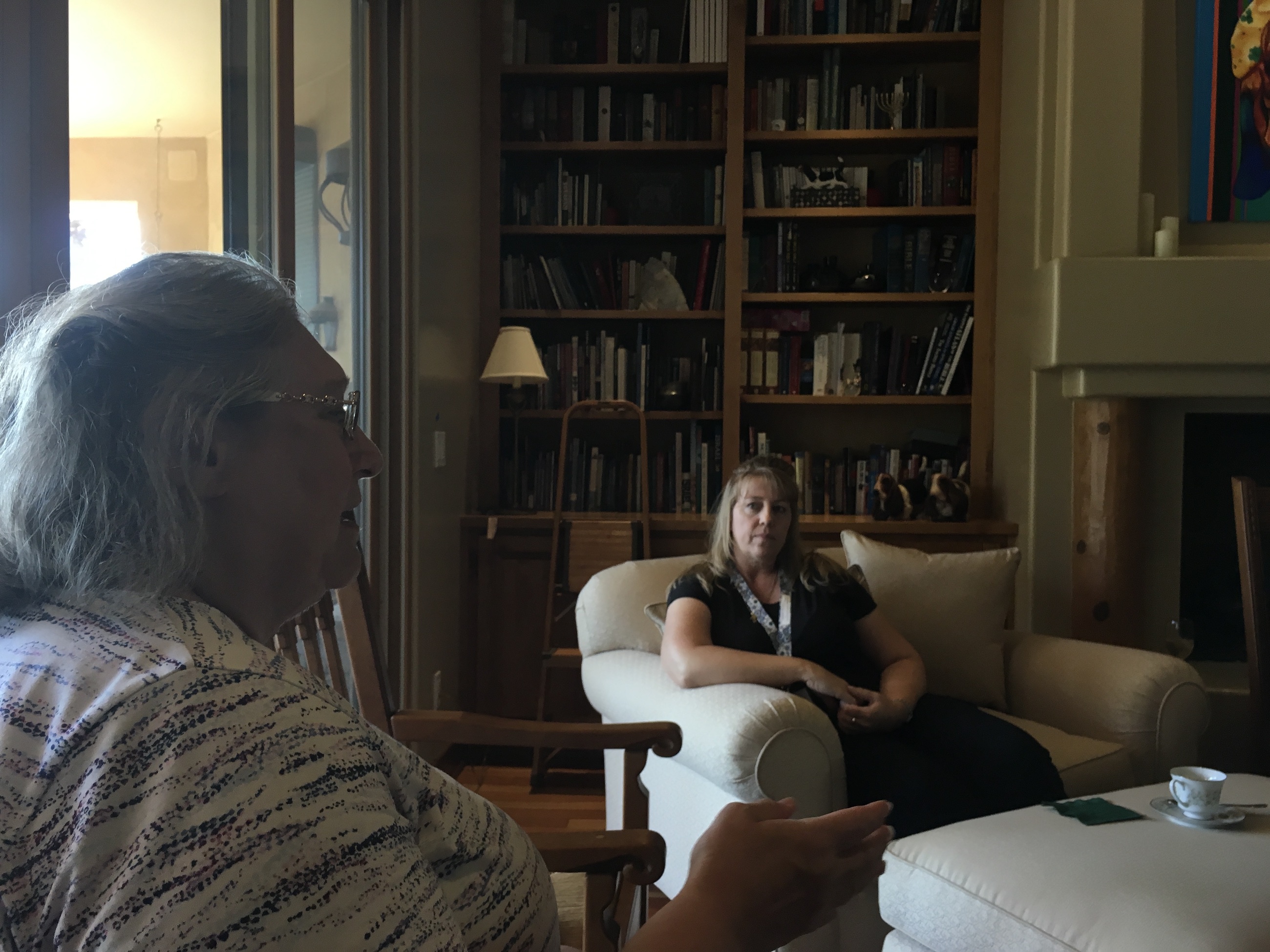