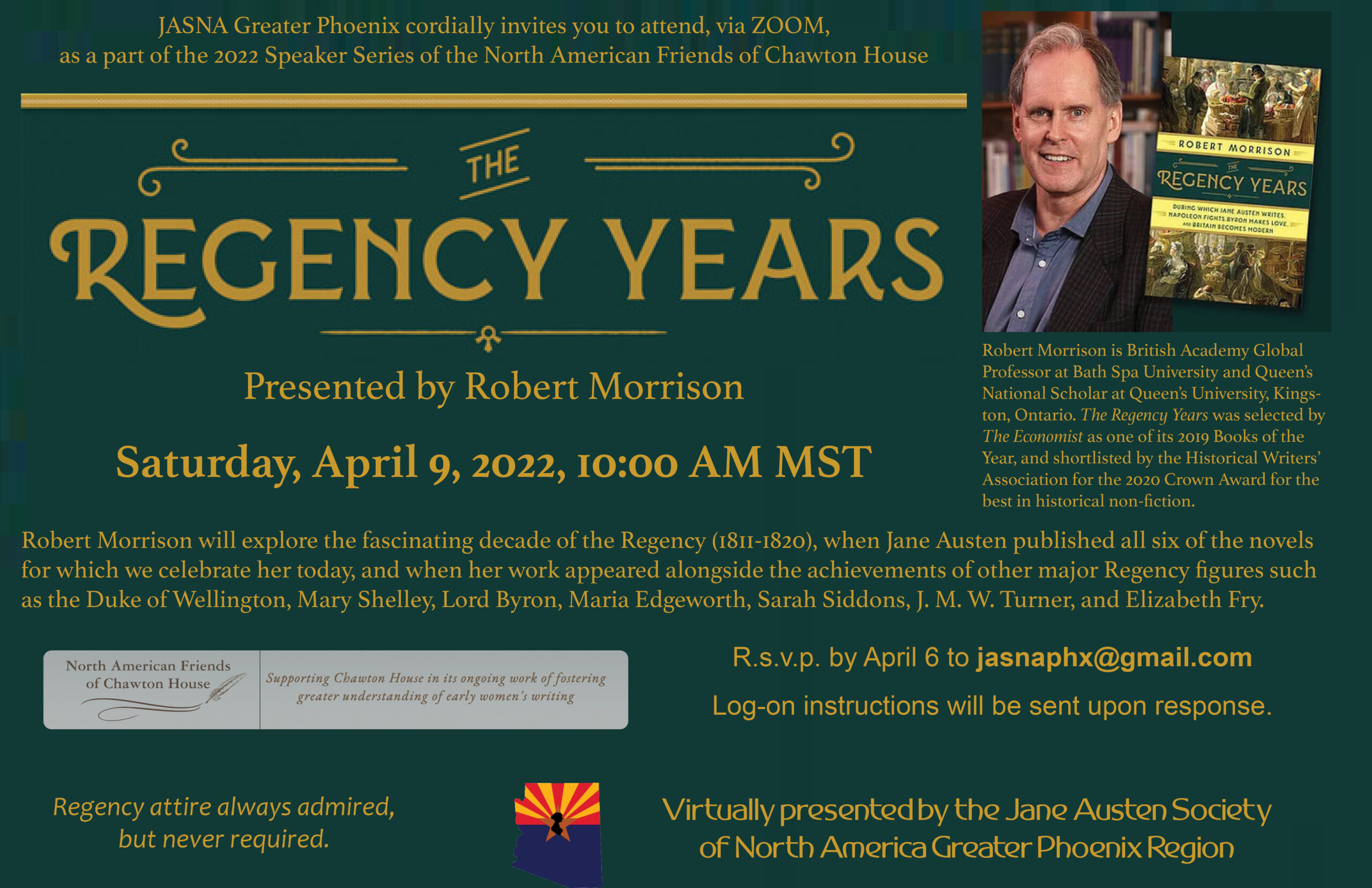 of the North American Friends of Chawton House

Robert Morrison explored the fascinating decade of the Regency (1811-1820), when Jane Austen published all six of the novels for which we celebrate her today, and when her work appeared alongside the achievements of other major Regency figures such as the Duke of Wellington, Mary Shelley, Lord Byron, Maria Edgeworth, Sarah Siddons, J. M. W. Turner, and Elizabeth Fry.

Robert Morrison is British Academy Global Professor at Bath Spa University and Queen’s National Scholar at Queen’s University, Kingston, Ontario. The Regency Years was selected by The Economist as one of its 2019 Books of the Year, and shortlisted by the Historical Writers’ Association for the 2020 Crown Award for the best in historical non-fiction.

You may watch the video below.